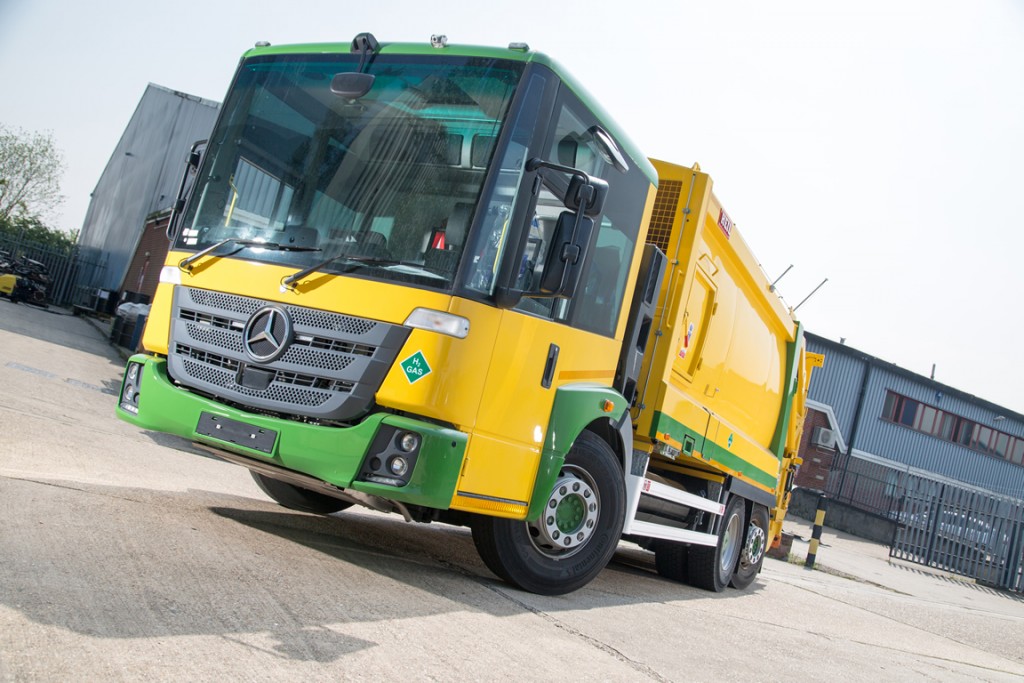 23rd May 2016 – Liverpool, UK – ULEMCo, the company championing the use of ultra-low emission hydrogen fuelled vehicles, has delivered the world’s first hydrogen dual-fuel bin lorries to Fife Council in Scotland. The lorries are converted to run on dual hydrogen / diesel fuels, and will deliver reduced carbon emissions as well as improving air quality for the local community. The new bin lorries are planned for use in densely populated urban areas, where improving air quality is a huge concern.

Liverpool based ULEMCo, owner of the dual fuel technology, carried out the conversion on the bin lorries: two Heil Farid vehicles adapted to run on both hydrogen and diesel. The work is part of a project that will also see the conversion of five Ford Transit vans and ten Renault HyKangoo vans to Hybrid Electric and Hydrogen Fuel Cell operation.